John Belushi had just died when I got the phone call 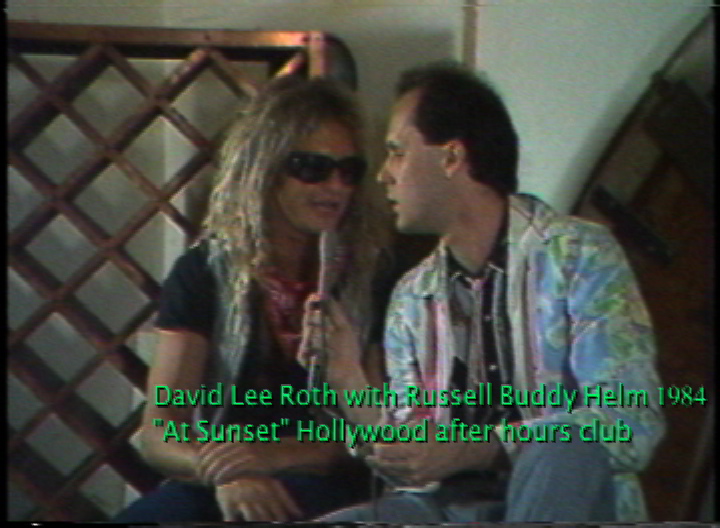 “John Belushi had just died when I got the phone call”

John Belushi had just died when I got the phone call; “We were referred to you by a trusted friend. He said you could do a shoot for us.”

“What kind of a shoot?” I snarled into the phone in my downtown LA artist’s loft, gazing out the sixth floor fourteen foot tall windows at the distant island of so many Hollywood murder mysteries. Catalina.

“It’s kind of weird.” He said evasively. “It’s a funeral. We want you to shoot video of a funeral of a very famous comedian at Forest Lawn.

I rented portable video taping equipment and showed up and shot the corpse while a bunch of borscht belt comedians and their fur coated blue haired wives honked approval. It was a nice event.

“You handled that one pretty well. Now we want you to shoot in our nightclub on the strip.”

Living in a downtown LA loft at the outskirts of the ‘art ghetto’ and commuting into Hollywood to video tape partiers at an illegal after hours dance club on Sunset Strip was a culture shock. But I was used to those culture shocks, if I wasn’t having one, I would start wondering what was wrong. I got footage on some of the most interesting people in Hollywood and from around the world. It became quite a fashionable hang out. There was a big French Playboy article written about our video team in the club. We were the first. We created what would become MTV. I encouraged people to do whatever they wanted to do. You would be surprised at how many women were ready to take off their clothes because they couldn’t think of anything interesting to say to a large video camera pointed at them at three o’clock in the morning while Wolfgang, an up and coming chef, was cooking something on fire behind her in the kitchen of “At Sunset”. It got crazy. But I was in a bemused isolation from all the revelry. I was the camera man. I saw everything through the lens of attempted objectivity. I acted like Warhol; just letting things happen. Witnessing. They wanted footage that they could use when the famous people would die of some tragic romantic Hollywood karma. It was money in the bank. We shot for three years. It became a way of life. We shot everywhere, made pilots, edited, shot, and created a format and editing style. It was new and exciting. It got co opted and set up in New York with Big Dogs running the show. We weren’t making anything but we had a great time. It was anthropology and poetry with a good dance beat. I interviewed Bananarama, David Lee Roth, Clive Davis, Michael O’Donaughugh, Jean Michael Basquiate and a bunch of other interesting folks.  Rodney played my single, “Dancing on the Titanic” on KROQ late at night.  Life on the Strip is unearthly. I almost forgot that I was a drummer but it would come back to remind me. Two rock stars came in and held court in a booth while I shot them. One of them was Doug Fieger, creator of the Knack, whose big hit was “My Sharona”. They showed up in my edit bay with a bevy of beauties and demanded to see the footage of them holding court in the club. I ran it. They were really sloppy drunk and the viewing was a bummer because I played it all for them. They left and didn’t come back to the club. One of them managed to dry out but Doug died of some over medication. The club ended up being a recovery club. When people see themselves on video doing something that they are ashamed of, they often change their behavior. I saw that if I wanted to make money in the entertainment business; offer some kind of recovery program to the stars and the ruling class, and I’ll always have work.