Dick Clark Introduced ‘Those Five’ to the World on St. Pete TV

1965. Dick Clark Introduced ‘Those Five’ to the world on St. Petersburg, Florida local television. He liked us. We were different; we didn’t wear uniforms. We were more like the Rolling Stones than the Beatles. The other local bands wore uniforms, imitating Paul Revere and the Raiders, at the ‘Where the Action is’ concert tour through Florida in nineteen sixty five. A beach extravaganza, hosted and promoted by Dick Clark. We were four sixteen year olds, with one older juvenile delinquent lead singer with a fake ID. We were all very tall compared to Dick. But he was having a good time. The girls were screaming, hundreds of them, thousands of them, screaming and crying, calling our names, holding up placards. “Smile! Buddy!” hand written on one of the signs, floating on the sea of waving arms, like waves washing across the cavernous Bayfront Center. When we left the stage, girls reached for us. One even managed to touch me, giving me a bracelet, tears of adoration in her sixteen year old eyes. It’s all downhill from there. 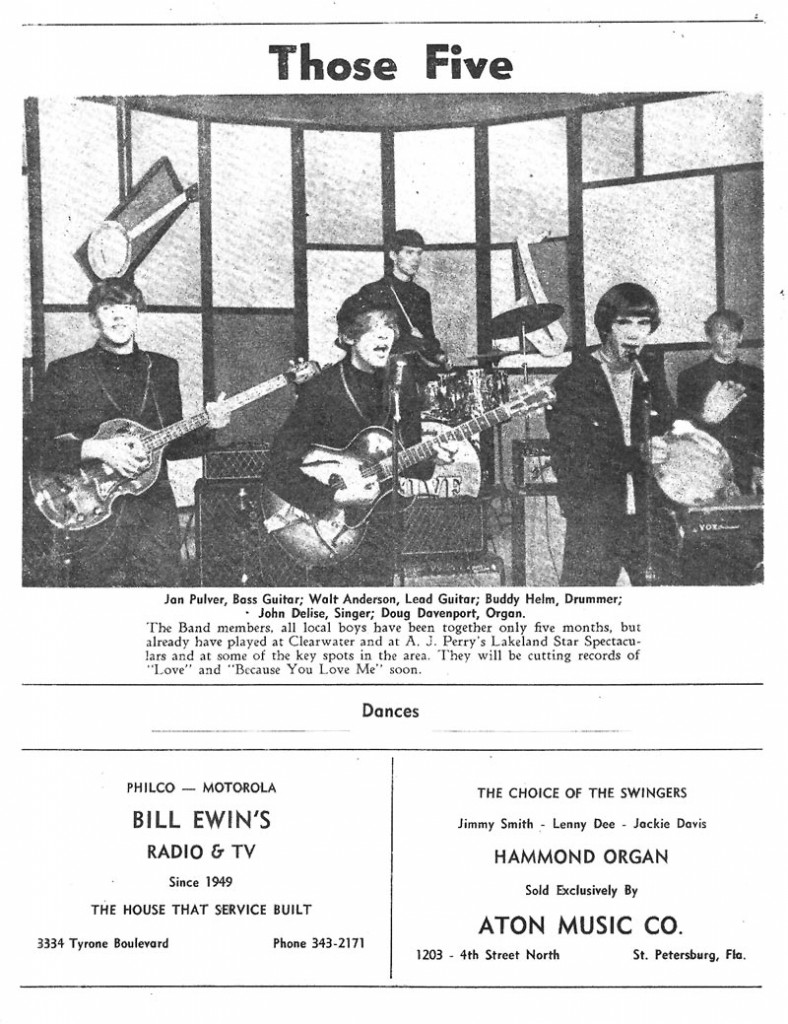 I stood in the green room at ABC TV in Burbank and watched Dick Clark get make up. He didn’t need it. He still looked great. It had been only six or seven years since he had introduced my high school rock n roll band in Florida. It seemed like several lifetimes ago. Now I was drumming with Tim Buckley on the ‘Midnight Special’ TV show; one of  the first attempts at bringing live rock and roll to television. When we were playing at Max’s Kansas City in New York, Tim’ s manager decided to fly us all back to L.A. and be on television. I wanted to know if we were getting paid for the TV appearance. He said no, because we were on our road salaries. I hit the ceiling and yelled. I didn’t have a lot of grace when I am stressed. I was just feeling ripped off, but I could not put my finger on it. Freddie had mentioned this guy.. He had a lot of Freddie’s music under contract. Freddie sort of felt that what was the point of making music if this guy was going to make all the money off of it. That’s why I didn’t sign with him. He had a piece of a lot of people. We stood at the top of the narrow stairway at Max’s in New York and I felt powerless. All I could think of to yell at him was the ridiculous redneck retort, “You can kiss my ass!”